A Citrus and Beer based carne asada fries recipe right in time for game day season. Marinated flap meat grilled and chopped, and topped over cheese fries with all the fixings!

I’m always on the hunt for a good carne asada marinade recipe. Living in Southern California, there is so many good carnicerias to pull inspiration from.

This latest version I’m working on has citrus notes, a nice beer flavor, and is a little spicy too. Which is the flavor profile I love the best!

And it makes for the best carne asada fries!

Ingredients for the carne asada marinade

There are two schools of though for carne asada marinades. Adobo based, and soy sauce/pepper based.

Adobo based marinades have a redder color and normally more citrusy and sometimes sweeter.

A Soy sauce based marinade is darker in color, tends to be more savory in flavor and often spicier.

For carne asada fries, I prefer a soy based carne asada. The ingredients I’ll be using are:

What is the best meat to use for carne asada fries

When I worked at the butcher shop there was one cut of beef that we exclusively used for our carne asada.

Flap meat, also known at sirloin butt and is found near the flank steak of cattle. It has a tendency to retain moisture and takes marinades really well

Even unmarinated this cut is extremely delicious, tender and grills really well with just salt pepper and garlic.

If your butcher is bogarting all the flap meat and you can’t find it, there are some cuts that will hold really well

You want a nice tender cut of steak to guarantee the best carne asada fries. There so much going on in the bite the last thing you want people to do is gnaw on the meat trying to get everything down.

So, if you see thin cuts of chuck or sirloin presented as carne asada meat. Do yourself a favor and find a new place to find your meat from!

How To Make Carne asada fries

With recipe like carne asada fries, you may encounter some timing issue. When dealing with fries (homemade fries or frozen fries, that is…), which are normally fried or baked.

[Don’t want to use frozen fries? click here for my from scratch baked french fries]

Then you have to juggle timing the fries with grilling carne asada over coals or a flattop. Obviously, logistic problems may arise.

Here’s what I suggest:

Combine all your marinade ingredients and submerge the flap meat into the marinade in a container. Let it sit for a minimum of 8 hours, but preferably 24-48 hours.

Cook your fries and hold them

Not in your hand, hold their temperature. Whether your frying in oil, or baking in the oven, when they are cooked, hold them at around 140-150.

Then start the grilling process for your carne asada.

Over direct heat (coal, propane, or on a flattop) grill your flap meat, and resist the urge to flip too much. Once or twice a side at most.

This will get your meat nice charred grill marks to add some flavor to your carne asada.

For carne asada fries, I will slice the carne asada into thin strips against the grain, then rotate 90 degrees and slice again so I have nice small chopped pieces of carne asada to top on fries.

Top your fries with cheese and the chopped carne asada. Then Top with all your favorite toppings

Melting the cheese for your carne asada fries

This may seem self explanatory here, but we’re almost “twice-baking” fries with cheese on top to get it melted.

If you’re making the fries ahead, and holding them in the oven at a low temp like I did, you could put the cheese on top and crank the oven up to about 200F.

just hot enough to melt the cheese without recooking.

If you’re baking your fries, from the get-go, just pull the fries about 3-5 minutes prior to when they should be done and top with cheese. Then put it back into the oven and let the cheese melt.

If you want to get fancy with your carne asada fries, pull out a food torch and melt your cheese on the fly.

I’m partial to a Searzall, but you don’t need a fancy attachment to pull this off. Plus its adds a little flair when entertaining!

So I feel like I make carne asada fries, the term “loaded” is sort of implied.

I mean, why would you not want make your carne asada fries shine?!

There is no reason not to throw everything but the kitchen sink at a batch of carne asada fries to serve up on gameday.

Here’s some options to get the wheels spinning:

The list can go on and on and is up to your imagination!

These are one of the few times where I’ll said well done (closer to medium well) is ok. There’s so much flavor, tenderness, and moisture in carne asada using flap meat.

And because this meat cooks fast over high heat, getting a good sear with a little char to it is much more important than “overcooking” your steak.

What I’m saying is, if you like your meat medium rare – shoot for that. If it gets a little over done to your liking, don’t stress. It’s going to taste just as good, if not better!

What can I do with leftover carne asada?

Marinating carne asada, just for one serving almost seems like a waste. If you’re planning a batch, plan for extra.

Can you freeze carne asada?

Of course! Only cook what you plan to eat that day. If you have a vacuum sealer, seal up the remaining into portions that you plan for each cook and store in the freezer.

Don’t have a vacuum sealer? A zip top bag with the air pressed out before sealing will work too!

I’m not even going to mention freezer tips for cooked carne asada leftovers. If you EVEN have leftovers, you store them in the fridge.

The next day you cook up some eggs and toss that leftover carne asada with the fries in a tortilla and have an amazing carne asada breakfast burrito!

or.. hear me out. Make another batch of carne asada fries! 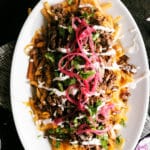 FOR THE CARNE ASADA

FOR THE CARNE ASADA 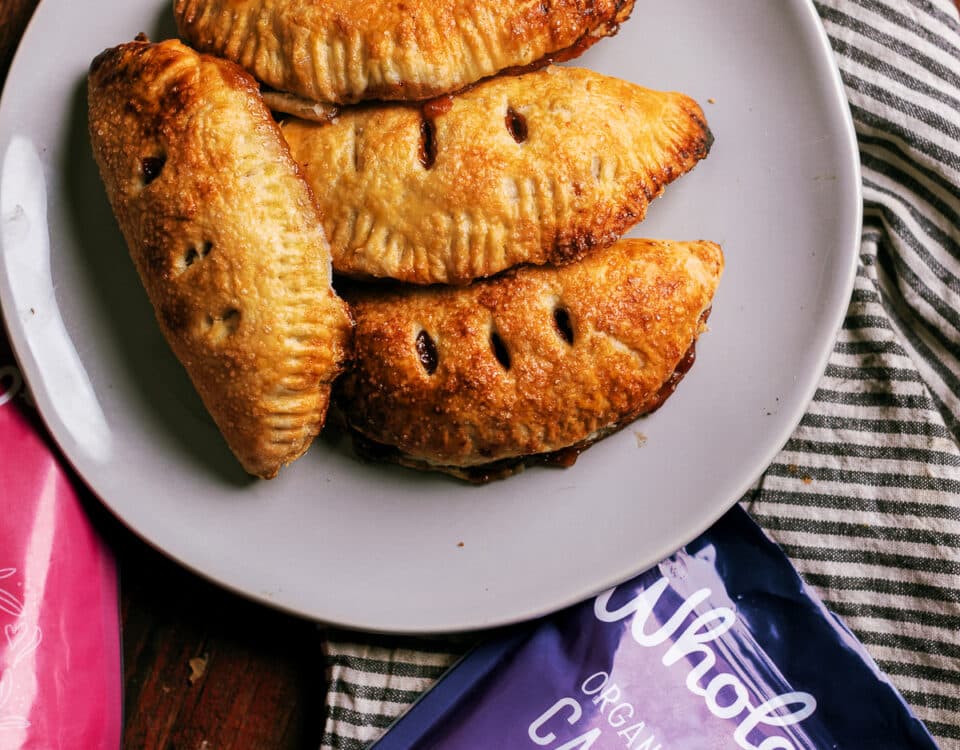