Cilantro lime lobster tacos with a zesty and spicy slaw mad with napa cabbage, cilantro, lime and serrano peppers. It’s light fresh, and has little heat that is perfect for summer!

Out of all the tacos I love to enjoy, carne asada, shrimp, pollo asado, birria – Lobster tacos will always have a special place in my heart.

These are quick to make, perfect for outdoor grilling, served up with rice and beans, and a cold beer!

What are langostino lobster?

If you’re looking for a more affordable way to server lobster tacos, I highly recommend langostino lobster meat. Langostino is a crustacean that is neither a shrimp nor a lobster.

But it tastes very close to lobster and has the same texture as lobster, and depending on the time of year can be more affordable than lobster tails. And when that happens I will opt for langostino lobster meat.

So yeah. Don’t sue me, just take this for what it is – a lovely lobster-esque taco that can be more cost effective!

You can usually find langostino “lobster” meat pre-cooked in the frozen section. I’ll keep a bag in the freezer and defrost in a bowl of water for about 5-10 minutes to have a quick meal for dinner.

If you want to use real lobster meat, head over to my other lobster taco recipe to see how I make them!

How to make lobster tacos

Drain the excess fluid: Place the langostino lobster meat in a paper towel and give it a firm squeeze to drain any excess water. This will help the meat sear a little better, rather than steam up to temperature. Since they’re precooked there isn’t much time get flavor into them.

Fry them up: Toss them in a pan with a little butter, lime juice, salt, cumin and paprika for a little extra flavor for about 2-3 minutes.

Make your slaw: Chopp up some napa cabbage, radishes, and cilantro. Toss it into a mixture of maynaise (or mexican crema) and lime juice. I like it spicy so I’m adding a chopped serrano pepper too!

A Sauce for the lobster tacos

It’s not pictured, but I love a nice cream sauce on top of my tacos. This slaw alone is amazing, but if you want to take it to the next level try this:

Throw it all in a food processor until smooth and top over your tacos. This is my go to base for a lot of cream sauces for fish tacos and its always a hit!

You HAVE to make this Lobster tacos with a cilantro lime slaw. If you’re a purist and use lobster meat, or want to try something different and save a few bucks and go with the longastinos – no one will complain.

It’s going to be a hit either way!

And If some how you have leftover lobster meat, try this lobster nachos recipe! FOR THE SPICY CITRUS SLAW 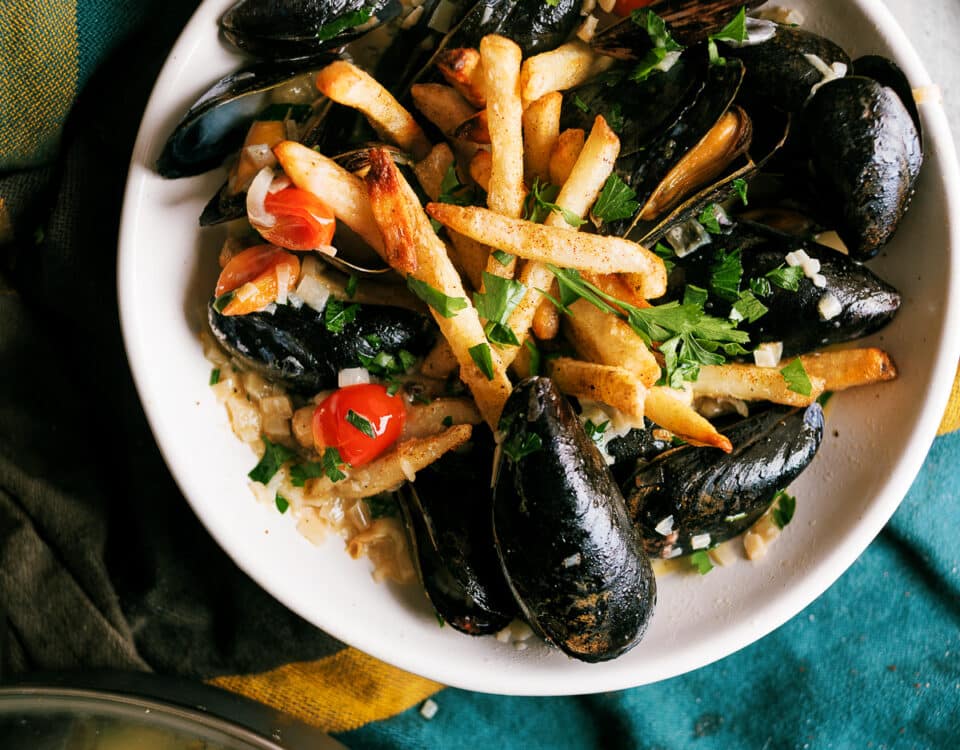