Ok so all stuffing is made with “real” bread. But we’re going to dehydrate a fresh loaf of hand-torn bread to make some hand-crafted, artisan, whatever-else-world-sounds-fancy style stuffing.

But what we’re really focusing on here for this sausage and herb stuffing, is all the flavors that go into this. I’m talking bacon, italian sausage, sage, rosemary, thyme, a boat load of butter, and a some fresh pepper to give it a little kick.

This is a stuffing that will have everyone begging you for the recipe (and take full credit!)

How to make bread for stuffing

Don’t be intimidated by making your own bread for stuffing. This can be done the old fashioned way by letting a loaf of torn bread become stale. Or we can go the high tech new-fangled way by using that heat producing contraption in the kitchen.

Yes. I’m talking about the oven.

I like to fancy it up a little by using a couple different loafs – one being a white/french load, and the second being a sourdough loaf. And if you want to get real fancy – use some old corn bread too!

Its best to go in about half way and flip the bread so that it can all dry out, but I also like to use one of those slotted pizza pans, to help keep airflow get through to the bottom. This will speed things up a bit too.

You can do this whole process up to a week before making as well.

The best stuffing ever

I’m fan of keeping it simple – to an extent. I don’t like throwing TOO much ingredients, in, but just enough so that everything plays nicely together and doesn’t get lost in the mix.

But this is coming from someone who grew up with knowing oysters and olives to be in stuffing – neither I’m a fan of!

Start off with the essential aromatics- celery, onion and garlic. Let this simmer in butter until its translucent. And while all that’s going on you can cook down some bacon and Italian sausage. Both optional and can replaced by any protein (be it animal, or plant-based) of your liking.

Then build out the flavors, add in the protein, add some fresh thyme, sage and rosemary, along with some more butter. I love adding some dices potatoes too. it gives it a little extra texture and bite.

Then to give a little heat I’ll throw in a serrano pepper. It’s spicy, but its got a flavor that I enjoy much better than a jalapeno. I’ll lets this simmer in the chicken broth for a little bit just to let everything melt together.

All thats left to do is Add in your bread crumbs with a couple eggs, and bake.

To crisp or not to crisp

Now I don’t know about your, but I’m not a fan of soggy stuffing. I enjoy the texture of the crispy bread, and have NEVER enjoyed the mush that comes out of the center of the bird.

But regardless of which side of the stuffing war you’re one you’ll want to consider the type of baking dish you use.

A shallower baking dish will allow you to spread out your world famous sausage and herb stuffing (with real bread. make sure you tell them its with real bread!) thinner so more will be exposed to let off some moisture and crisp up.

Since its shallow you’ll want a bigger size to hold all your stuffing.

A deeper baking dish, will almost have the same affect of stuffing the turkey, but not AS moist. Once the top of the stuffing starts to crisp up, it begins to trap in the moisture and keeping everything else trapped in.

And since its a deeper dish you wont need as big of a dish to hold your stuffing.

And if you want a little EXTRA crisp, throw your stuffing in the broiler for a couple minutes to finish it off.

The texture is so much nicer than boxed stuffing, Its got a firmer mouthfeel, even if you go with a deeper dish, and the flavor tastes more like bread, than an over seasoned boxed stuffing that you have no control over the flavor once its added to the mix.

Stuffing is only made once or twice a year. So go all out and make your stuffing with real bread! 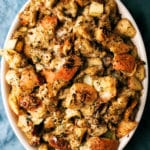 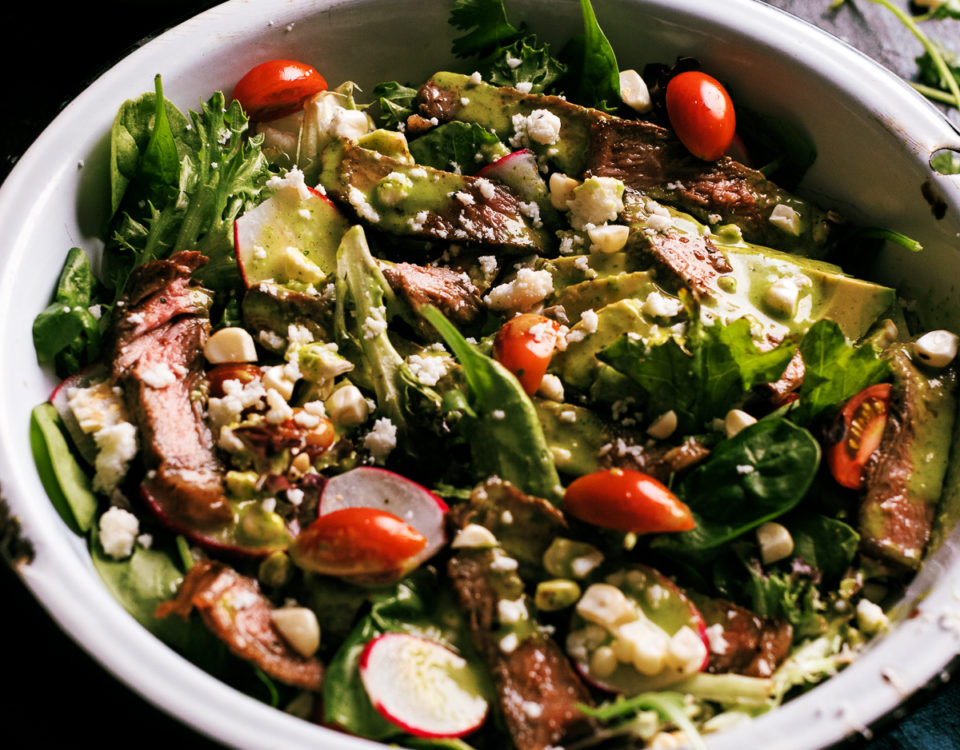 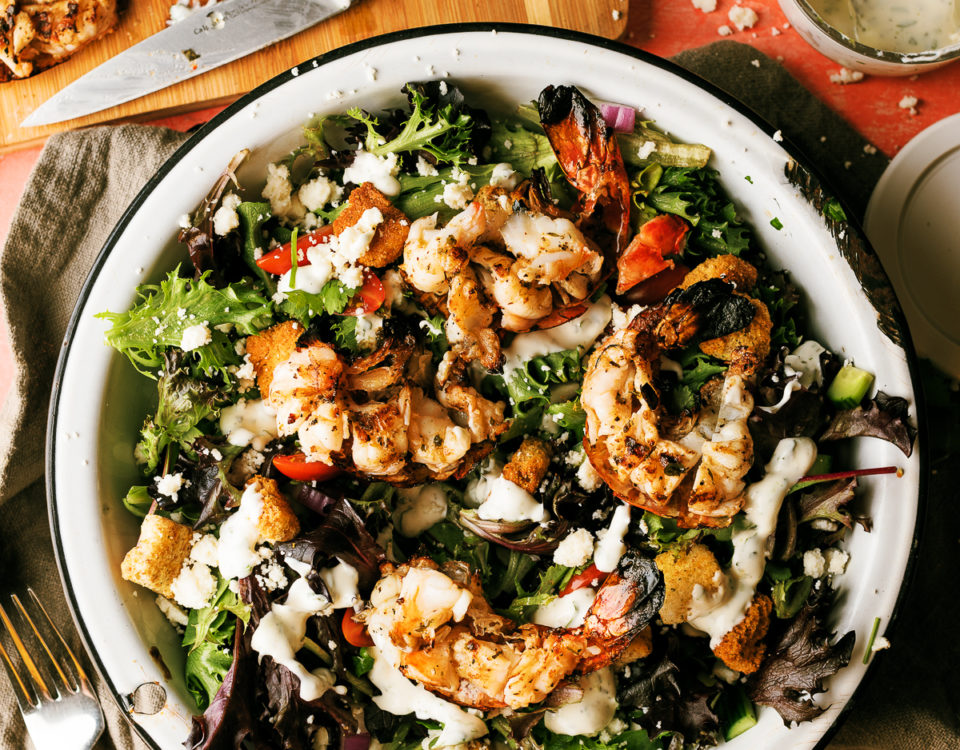