Tilapia is probably one of my favorite “cheap” filet’s of fish to go with. Like any white fish, it’s mild and flaky and pretty much takes on the flavor of whatever you season it with. Normally I like to saute or grill Tilapia, but I decided to have a go at a baked Tilapia recipe using some fresh grated Parmesan to give it a delicious crust! 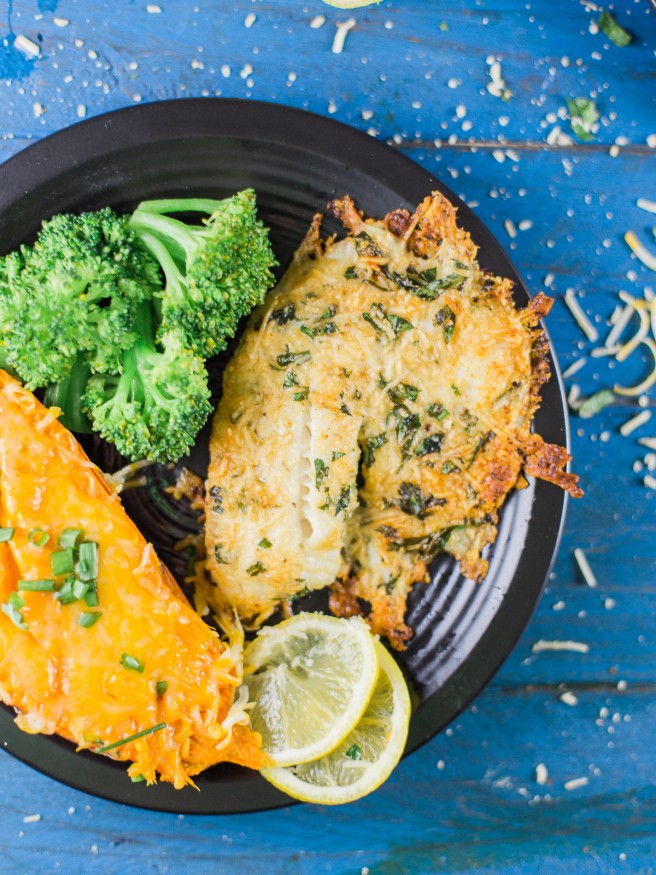 Parmesan and Herb crusted baked Tilapia recipe is SUPER easy to put together. Just preheat the oven, coat your filets in the cheese mixture, and bake! Crap – that’s the whole recipe right here. Alright, good post! See you next time! 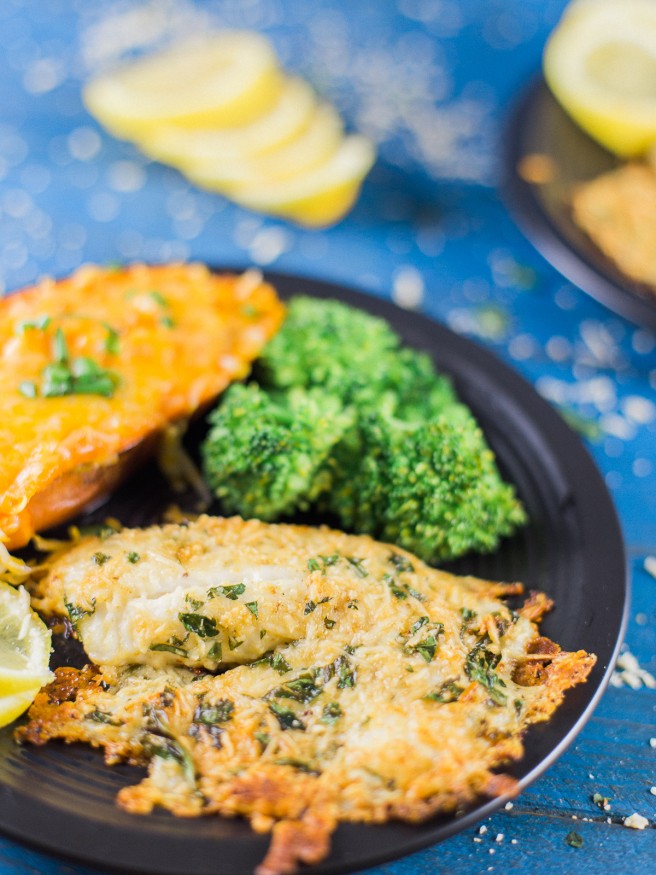 Ok I guess I’ll drone on for a few more sentences just to give an excuse to separate my blabbering with some more of these mouth-watering shots! Since this is such a simple dish to make, it makes throwing together decent and simple sides that much better! 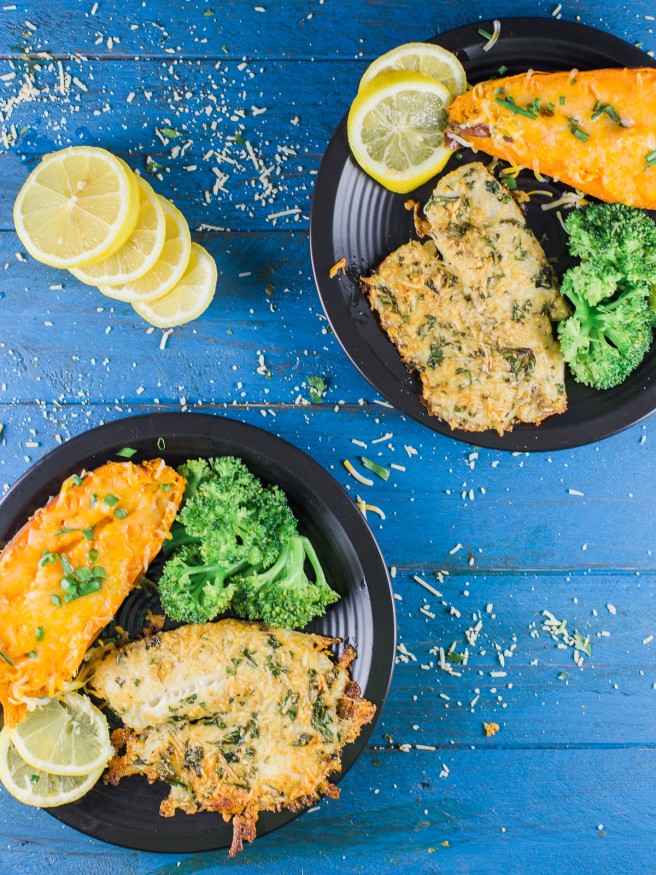 I baked a yam which took a bit, but I had time so there wasn’t any rush, and then steamed some broccoli right before serving with a little salt and butter. Once the baked Tilapia was done, just top the potato with some cheese and chives and you’re good to go! 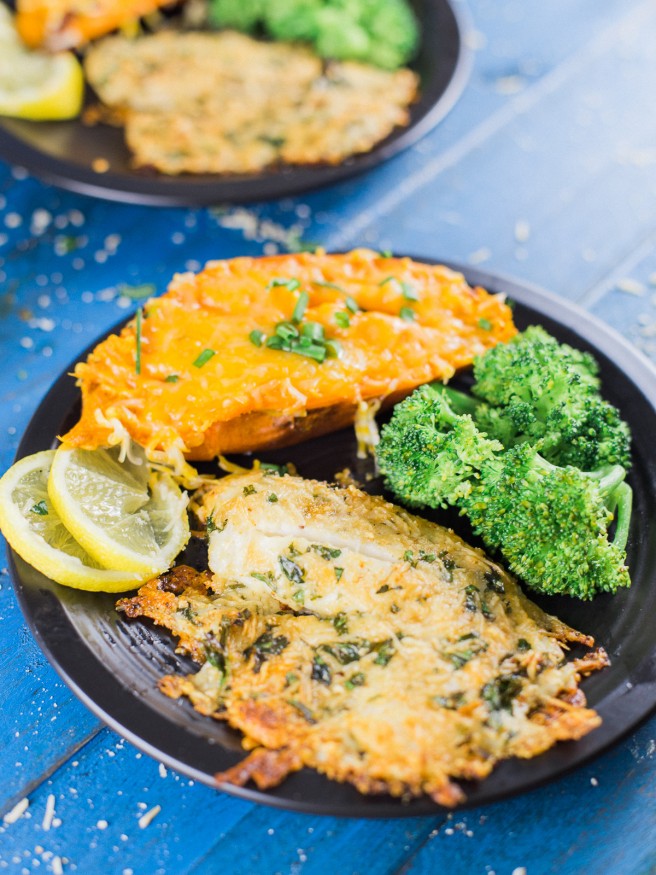 Ok, sort of off topic, but our son, out of the blue, has decided that he LOVES broccoli. He eats it like its a treat! After about a year of anything green (especially after watching inside out) disgusting him, he’s finally taken to my favorite veggie. #ProudFather 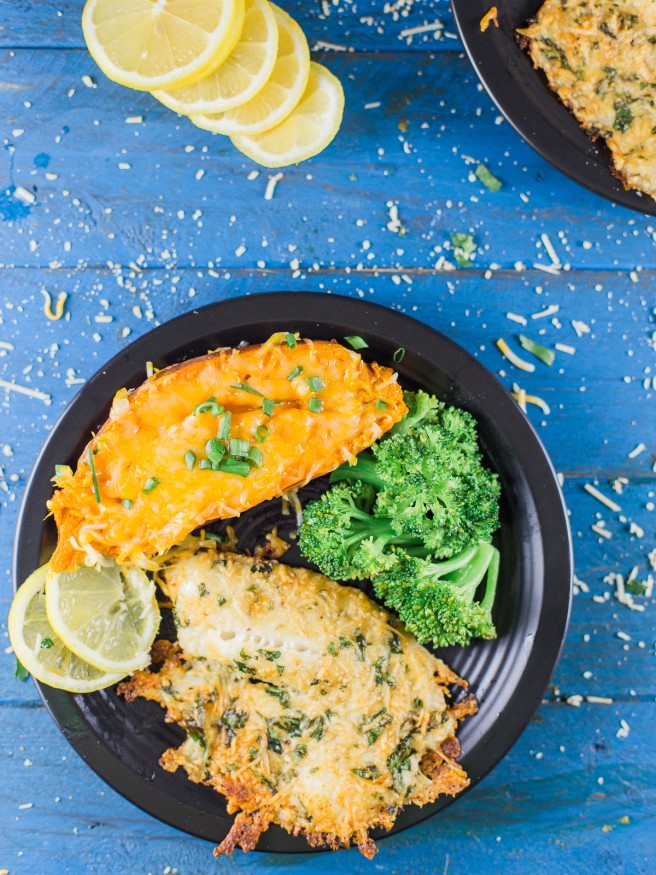 There’s one tip I’d like to give on this recipe. Don’t get fluster if the cheese doesn’t stick to the fish really well. Just pat it in and if you’d like top a little more on top. Doesn’t really matter as long as it on top of the fish at the time so that it melts on top and begins to get that delicious cheese crust that everyone loves! Also if you want a little more savory flavor, try using Romano instead of Parmesan!