5 Must-Try Kid Friendly Sandwich Sliders For Back To School

I’ve been craving my breakfast sliders. I wanted an easier way to make them, and I’ve figured it out. Converting them to a Breakfast Slider Casserole! It’s the same great breakfast slider with egg, cheese and bacon with Hawaiian bread, but making them has gotten 10 times easier! 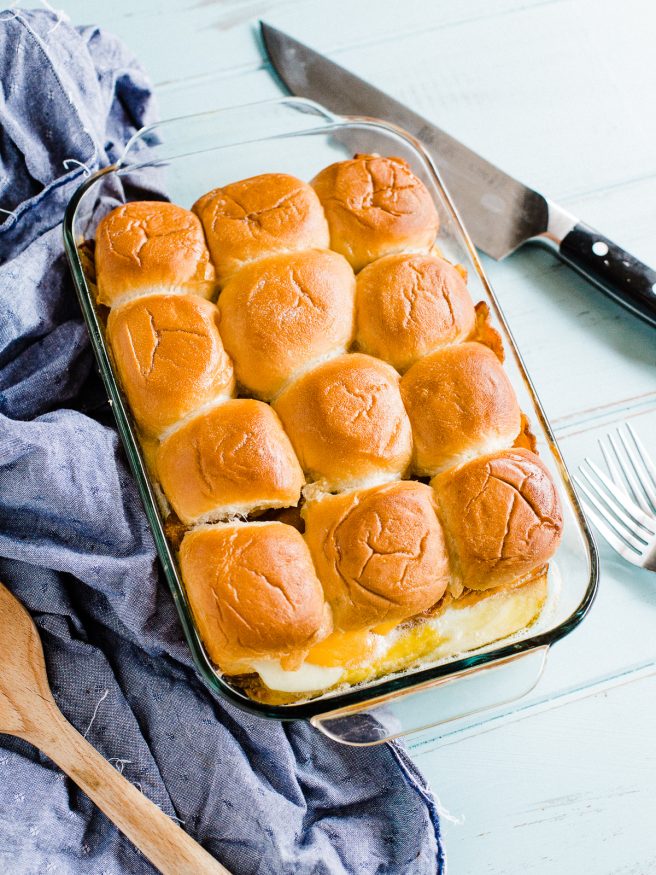 This breakfast slider casserole is the exact version of my original breakfast slider recipe, except much easier to serve to a family and have the whole thing nice and warm for everyone. I cut the whole package of Hawaiian rolls in half and place them in a baking dish. Speaking of which, don’t be like me and forget to butter the dish. It’ll make getting them out a lot easier! 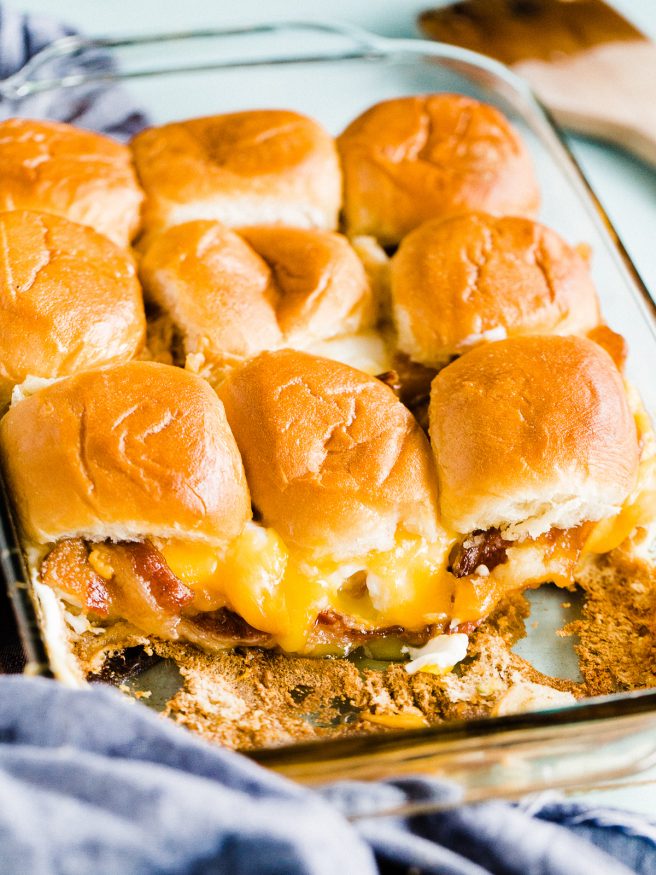 I wanted to keep true to the original recipe and leave the eggs in tact, rather than scrambling. I also wanted the bacon crispy. So I baked the bacon, while also having the bread in a baking dish with eggs cracked over it.  Both going in the oven at the same time. When the bacon was ready, the eggs were about finished cooking. Perfect timing! 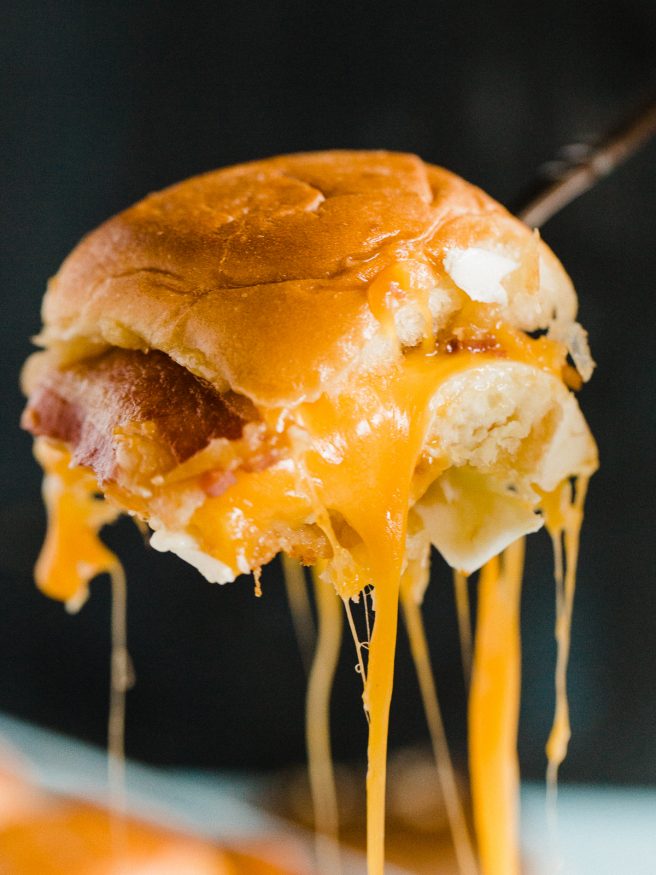 So I took the egg and Hawaiian bread out for a second, added the cheese, bacon and topped it with the upper half of the bread. Then melted butter in the microwave and slathered it all over the top of the rolls.

Is your mouth watering yet? Because mine is just thinking about it.. 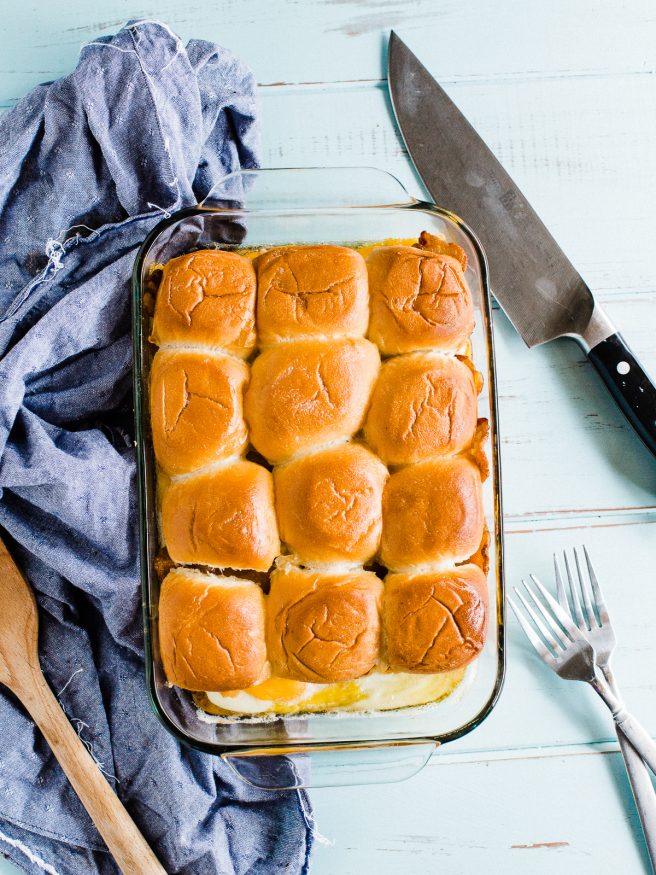 In about 40 minutes everything is ready to go. Just cut it all up with a knife making sure the bacon is cut through, and let the whole family enjoy this creation that you’ll be making on a regular basis.

It oozes with yolk, cheese and has a smokey and butter flavor that is to die for. And the crispy bacon really takes it over the edge. And can you believe, my son actually enjoyed the breakfast slider casserole as well?! 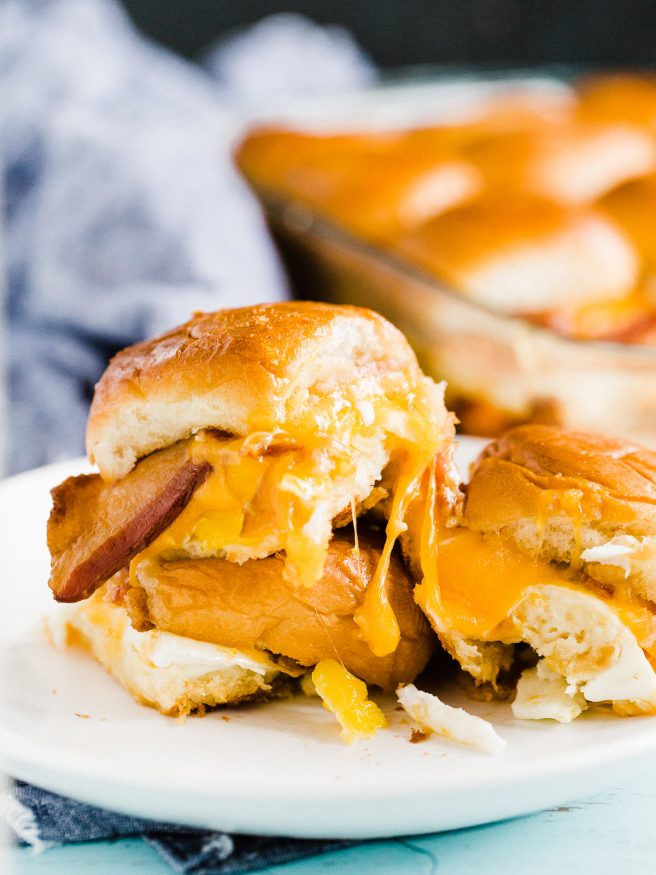 His taste buds are getting rather articulate and the ripe old age of 4.. 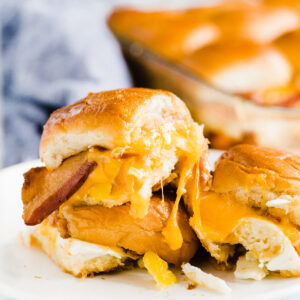